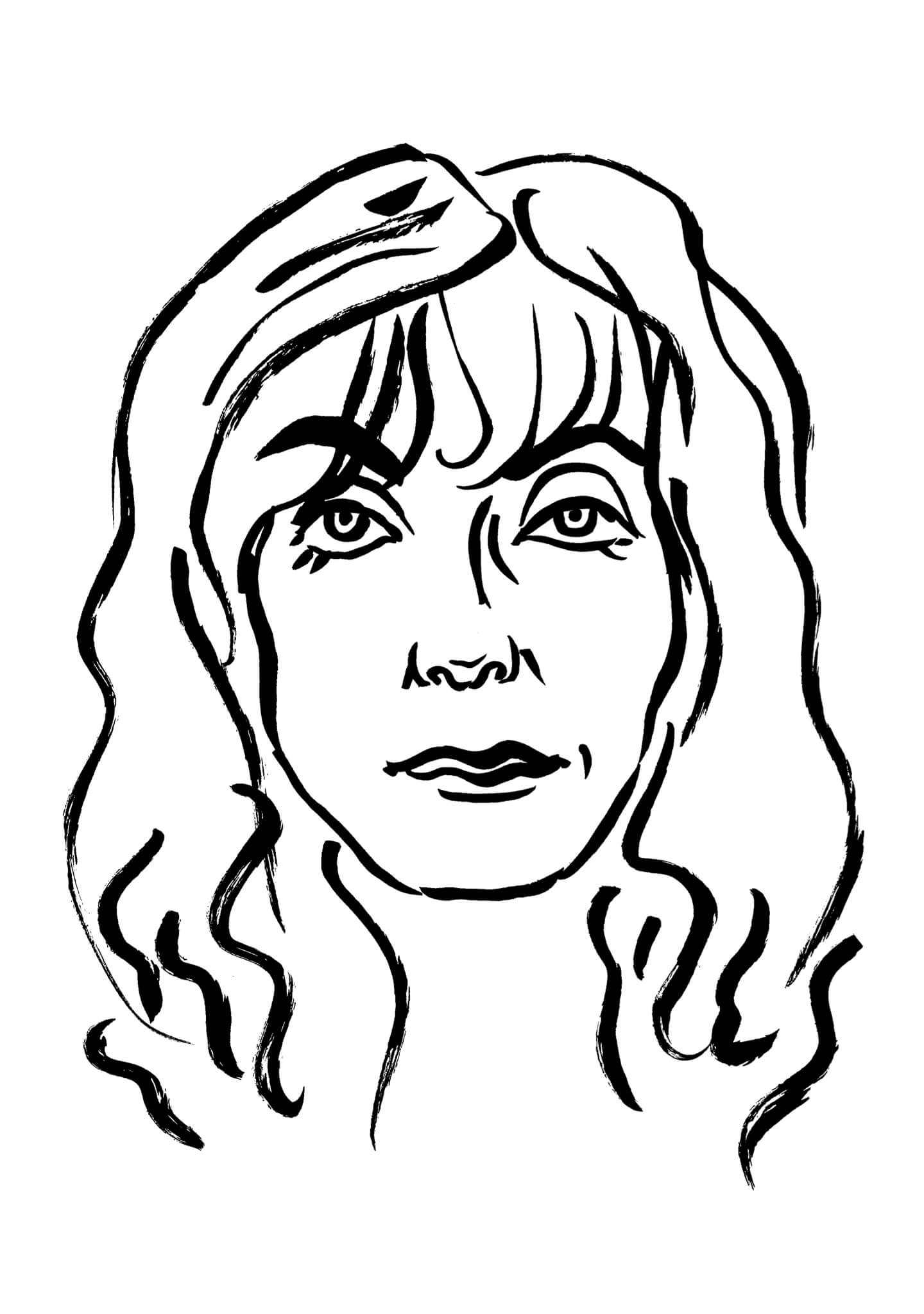 The poet is really a thief of fire. Humanity, and even the animals, are his burden; he must make sure his inventions live and breathe; if what he brings back from down below has a form, he offers form: if it is formless, he offers formlessness.
—Arthur Rimbaud

The Moped Rider, in order of appearance, is the third character encountered in Yasmine’s quest for the Heptahedron.

Perched on her awesome machine, hair blowing in the wind, a blissful smile on her lips, the Moped Driver has a meandering mind. “Eat my dust!”, she says, adding at full speed: “Movement is my goal and my means merged together. All the there in this world, even the most marginal, could become my here in a blink of an eye!” Curves, convolutions, sinuosities, and volutes are her raison d’être. Gone are the well-trodden paths, the efficient routes from point A to point B, caught in the straitjacket of habit. Princess of wandering, a tireless poet; like a rolling stone she drifts on instinct, without a precise goal, following the thread of a vagabond’s thought. Carefully avoiding the main roads, no corner of the physical or mental universe is inaccessible to her.

Skilled in analogical thinking, the Moped Rider weaves unsuspected links between chance things that are encountered on the winding path. These connections, which give meaning to the stories brought back by the Moped Rider, will transform our vision of the world in a way that lasts. For, dear Moped Rider, it is your drifting reveries that produce reality, that make it tangible, isn’t it?

To bring the Moped Rider’s character to life, this exhibition collates the wandering works of Denicolai & Provoost, Katia Kameli, and Shirin Sabahi.

Rendez-vous at Bryggens Museum, and to find out more about what goes on in the head of this character, read Side Magazine: The Moped Rider. 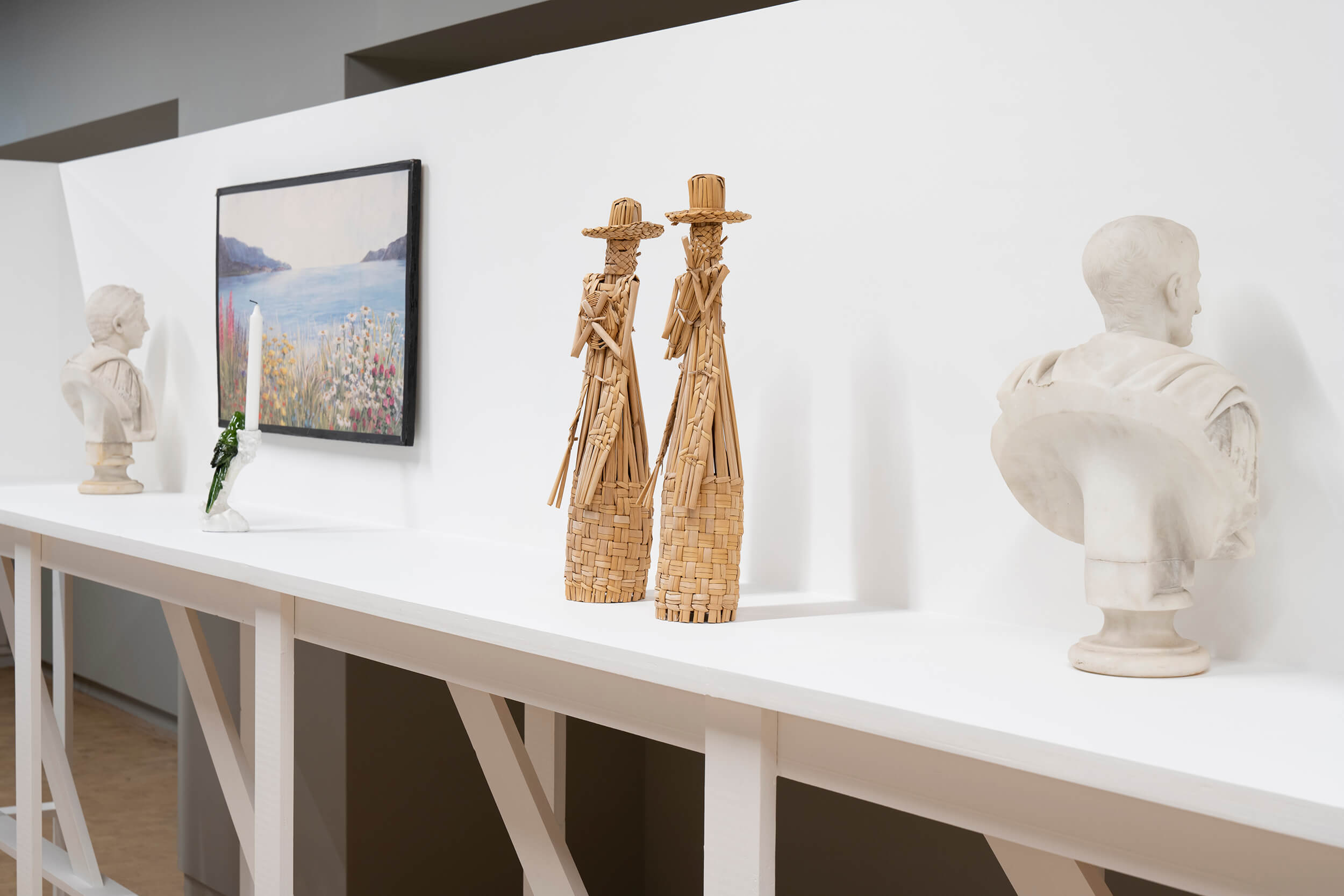 As part of this exhibition walk, we mainly focus on the work Eyeliner (2022) by artist duo Denicolai & Provoost. We are joined by Bergen Assembly staff member and project coordinator Dipha Thiruchelvam, as well as one of the lenders whose object was selected by the artists for Eyeliner.

Together we spend time walking through Bryggens Museum and discovering more about the character of the Moped Rider.

The Moped Rider
Exhibition walk with activity: An object's story 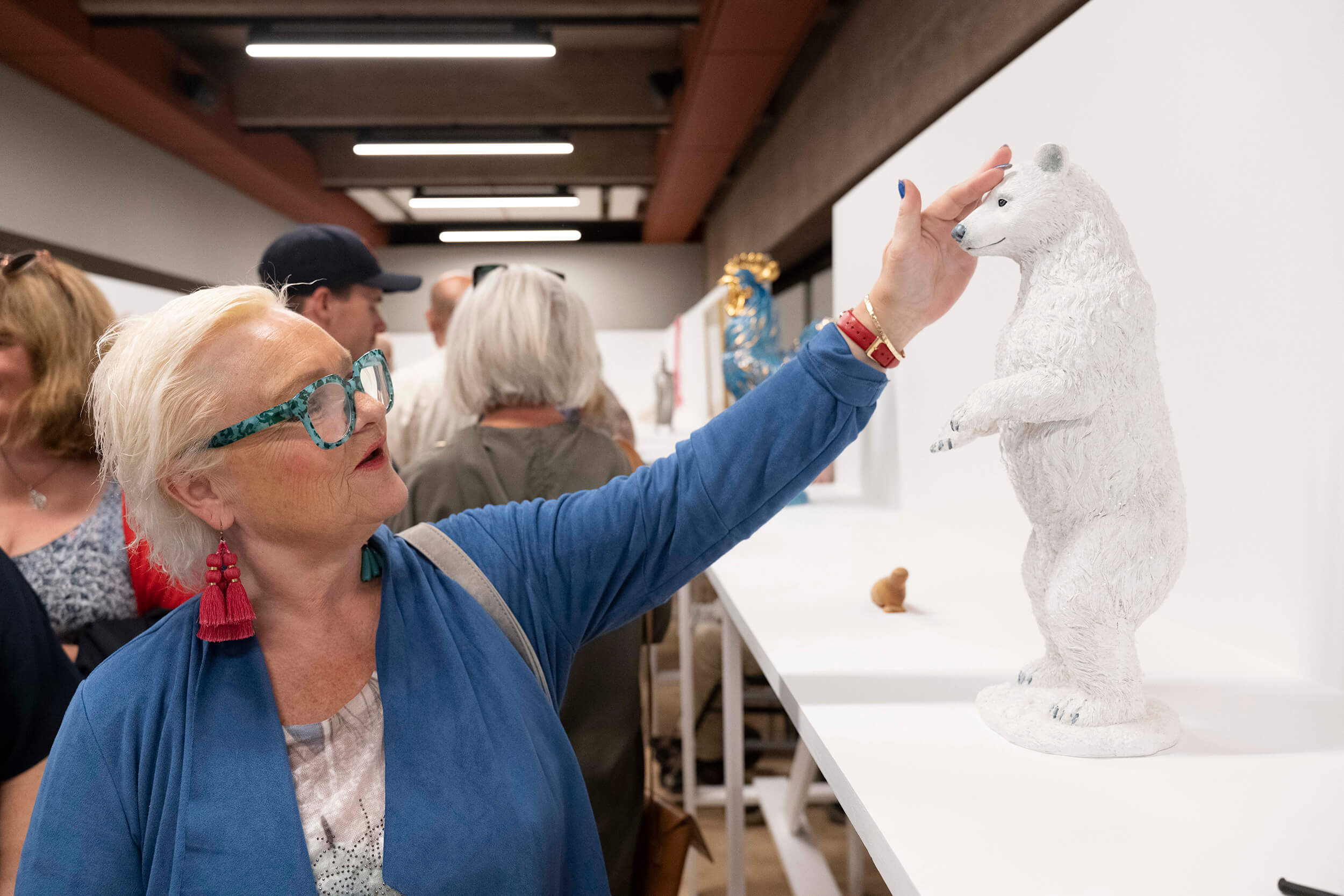 As part of this exhibition walk, we invite you to share the history or story behind an object in your bag.
This proposes a mode of connecting with the exhibition and bringing our own insights directly into it. There is no requirement to share, but we endeavour to create a casual and welcoming atmosphere.

The Moped Rider
Family Workshop: Things and their stories 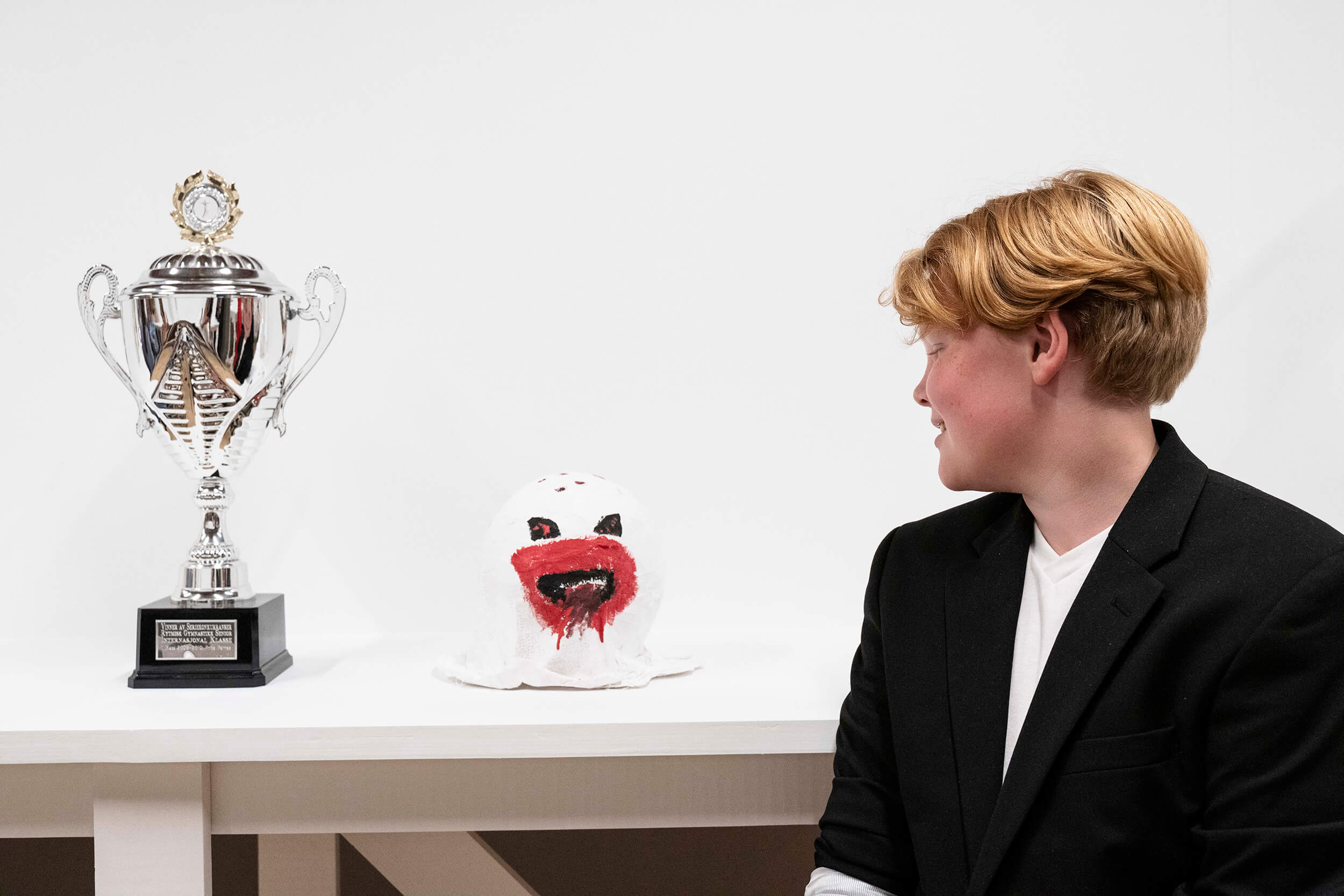 For this workshop, we encourage you to bring along a thing, or photograph of a thing that has an interesting story, a funny history, or a strange meaning.
We come together to share our stories and create a temporary museum comprised of our personal thing. We also read aloud from the book Kubbe lager museum—a picture book about collecting treasures.

The Moped Rider
Gathering: Objects and their stories 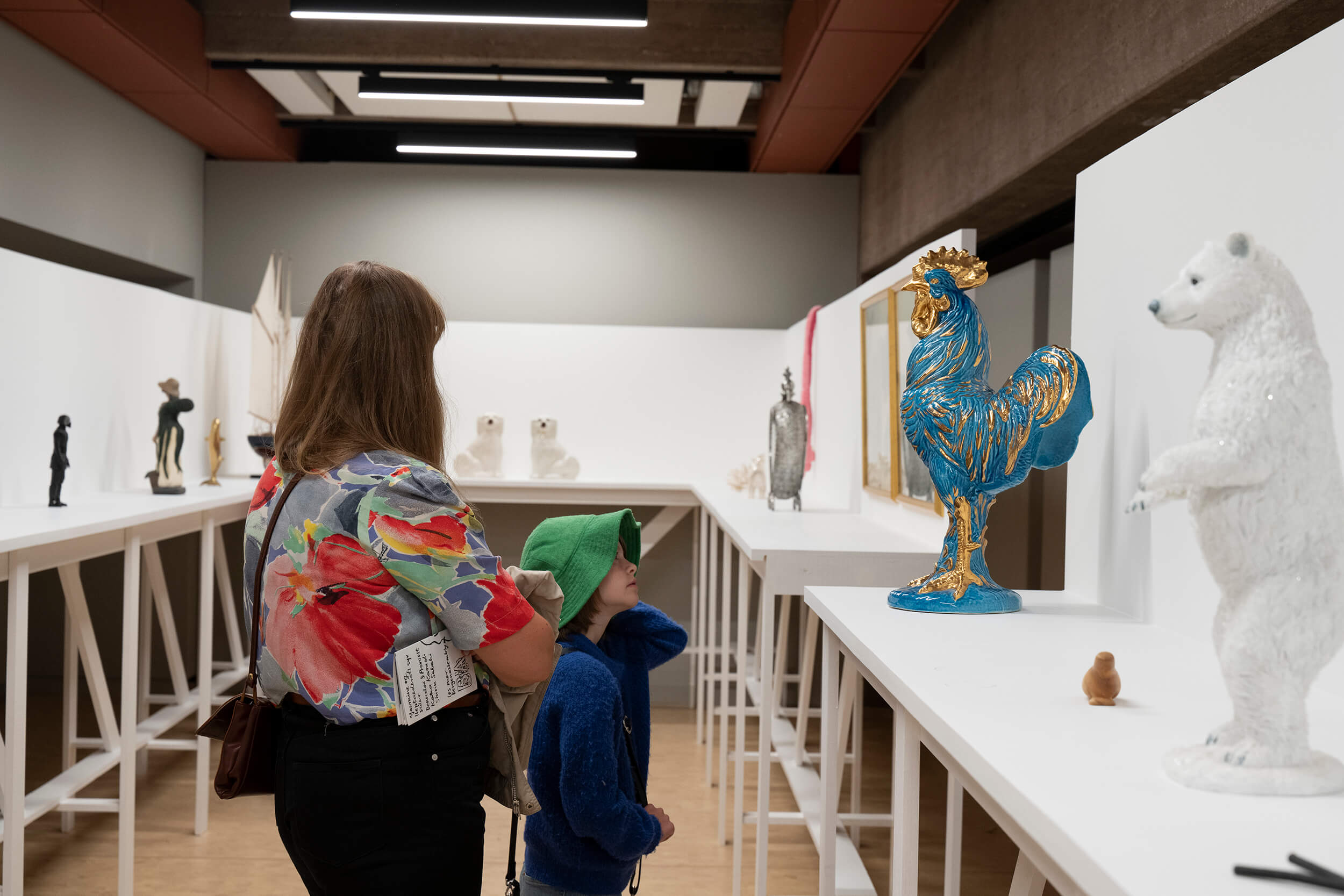 Have you ever wondered what goes on behind the scenes in a museum? What roles do a museum actually have, and what happens with the objects that arrive at the museum, and from where do they come from? Why do we gather? When and how did the museums came to be? What happens when objects are gathered into a larger collection? We invite the audience to join us on a “Gathering” (Samling), where we together with employees at Bymuseet i Bergen - Kari Skarprud Pettersen (Head of Exhibition & public outreach) og Sølvi Vik (Head of Collection Management), will gain insight into how museums work with objects and storytelling.

This event is a collaboration between Bymuseet i Bergen and Bergen Assembly, in connection with the exhibitions Eyeliner (Denicolai & Provoost), Stream of Stories (Katia Kameli), Pocket Folklore (Shirin Sabahi), and the mediation programme at Bergen Asesmbly. These exhibitions can be seen at Bryggens Museum. The conversation will be carried out in Norwegian.

Participation is free of charge but requires pre-registration via e-mail. 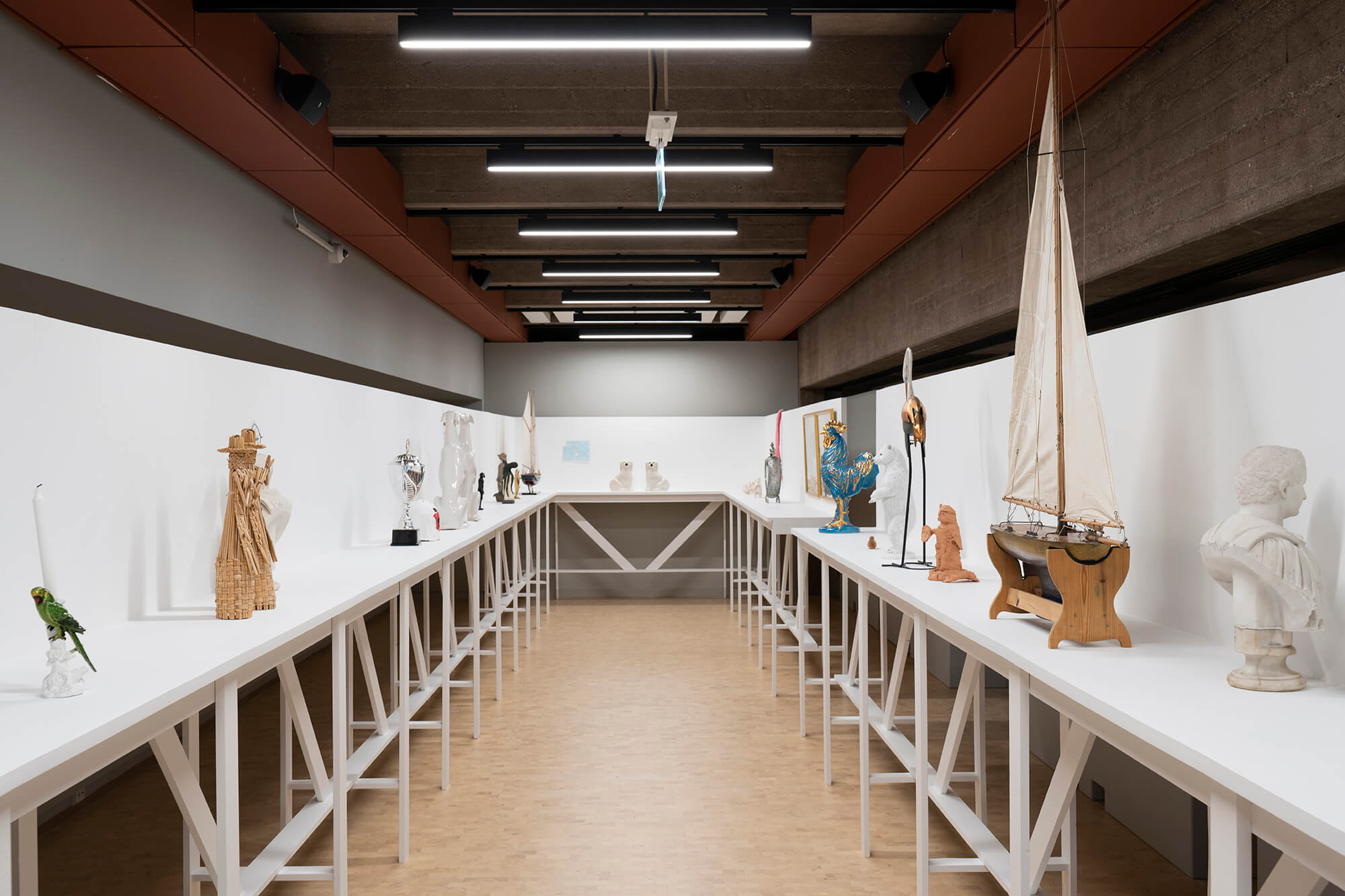 Join us for an exhibition walk with one of the artist behind Eyeliner, which is exhibited as part of the Mopedist at Bryggens Museum.