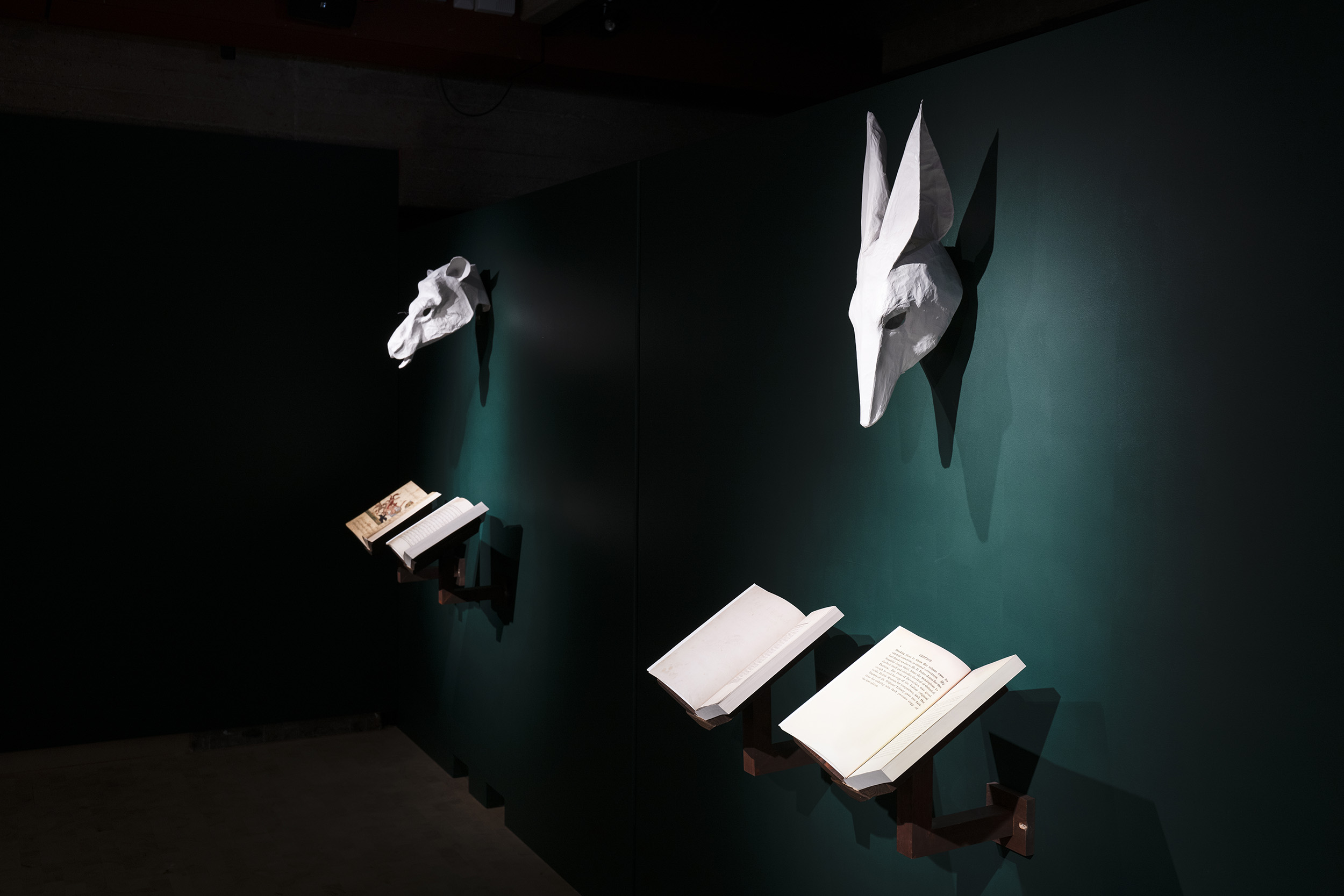 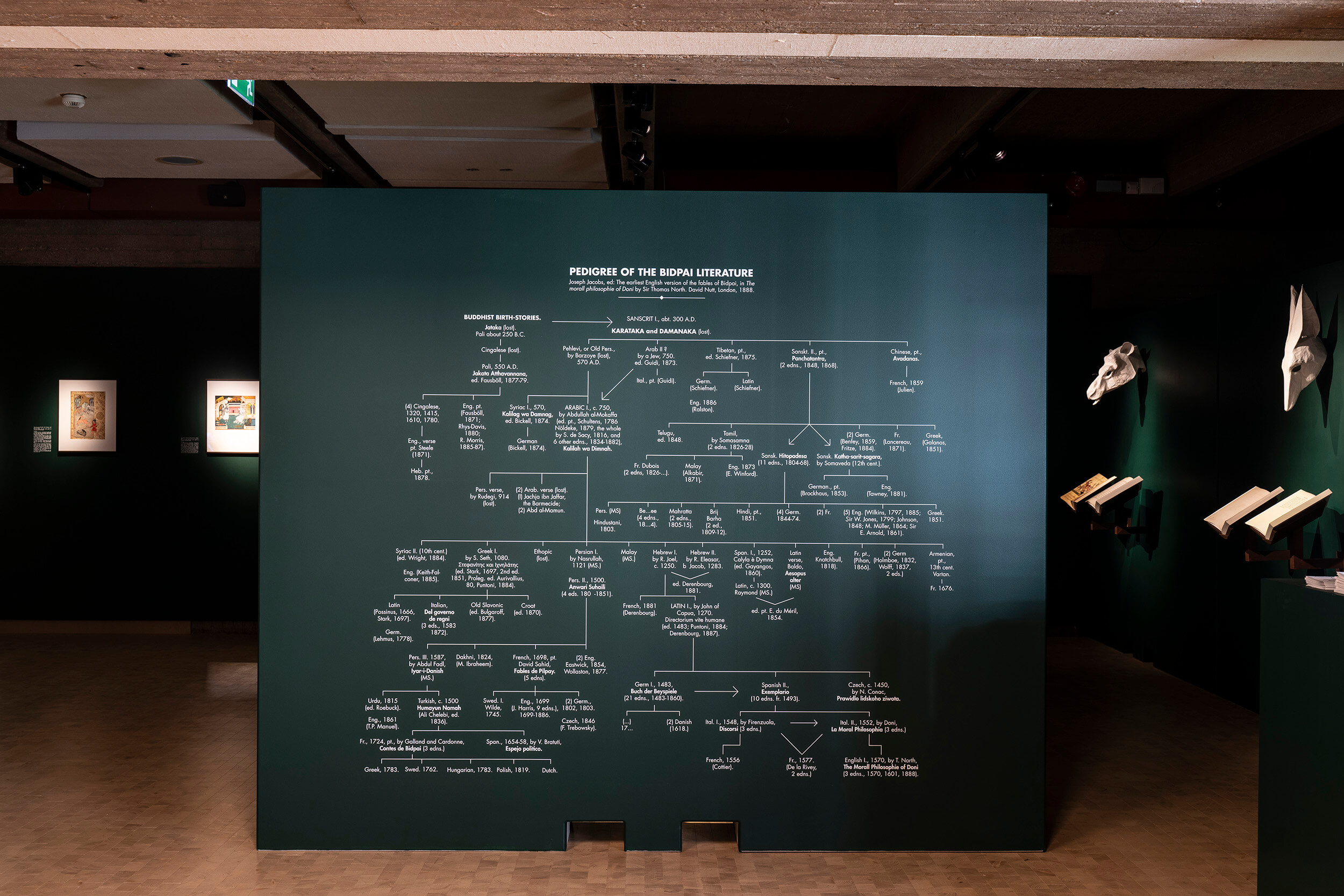 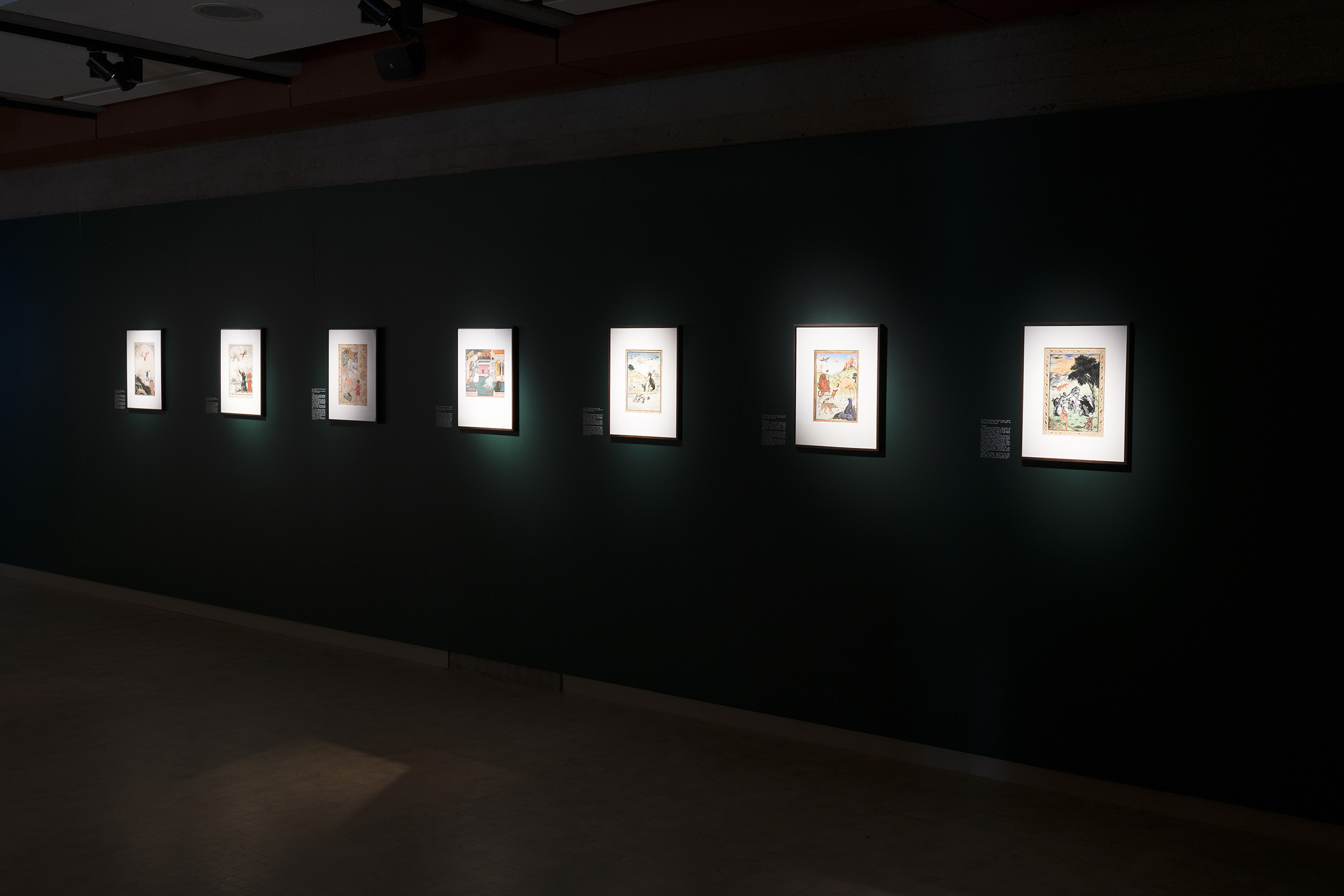 Fables are told around the world: these stories—which often feature animals—act as lessons and are sometimes used to teach children how to behave. Katia Kameli set out to trace the origins of some of these narratives, which have their roots in a diasporic history. Exhibited in the framework of the Moped Rider, Kameli’s Stream of Stories (2016–22) is a celebration of movement and mobility, showing how transfer and trade are mediated not only by material objects but by our most cherished stories, too.

Stream of Stories is a journey—through India, to Iran and Morocco, and back to France—in search of the non-Western origins of the animal fables of Jean de La Fontaine. La Fontaine was a seventeenth-century poet, dramatist, and storyteller best known for his popular collection and retelling of animal stories. While La Fontaine’s fables are standard reading in France and internationally, it is less well-known that he adopted many of these stories from narratives from the Middle East, the Subcontinent, and probably ancient Greece. La Fontaine derived some of his stories from the Panchatantra (or the Fables of Bidpai), a collection of animal allegories originally written in Sanskrit. It subsequently migrated to Iran, was translated into Persian and Pahlavi as Kalīlah-wa-Dimnah, from Persian to Georgian, again into Arabic, and so on, until finally reaching La Fontaine.

Presented as an exhibition of animal masks, prints, found objects, and facsimiles of texts, translations, and film, Stream of Stories charts a genealogy of a canonical set of narratives that mutated and shifted while keeping their core message. As such, Kameli’s work encapsulates the Moped Rider, who journeys outward, across borders far and wide, showing how translation, taken literally, simply means “move.”

In another sense, Kameli’s research method and findings can be likened to the methods of archaeologists. Displayed in the Bryggens Museum, her work resonates with the museum’s own practices, through which Bergen’s connection to the wider world during the Middle Ages is told by meaningfully contextualising historical archaeological fragments and shards.

Katia Kameli is a French-Algerian artist, writer, and director, whose work is closely linked to her personal experience of dual identities, exploring multiplicity and the “in-between.“ She explores questions of territory and specific socio-cultural traditions. Through film, photography, and installation, Kameli investigates intercultural spaces, intersecting identities, and their modes of construction, with emphasis on how perceptions of a traditional past meets modernity, especially around Africa, the Middle East, and the Mediterranean. Kameli considers herself a “translator” with an approach in which translation is not only a simple passage between two cultures, nor a simple act of transmission, but in which it also functions as an extension of meanings and forms.

With her 2021 exhibition Elle a allumé le vif du passé at FRAC PACA in Marseille, for example, Kameli used a research approach in which historical and cultural facts fed into the plural forms of her plastic and poetic imagination. There she presented the film trilogy Le Roman Algérien (2019) and dealt with both the construction and deconstruction of history, focusing on the complex relationship of colonialism and post-colonialism, including post-colonial remembrance and the on-going social conflicts of contemporary society in Algeria. A rewriting of stories appears in her work, highlighting a global history made up of porous borders and reciprocal influences in order to open a path that generates a critical view of the world. Following her studies at the Academy of Fine Arts, Vienna, she graduated from the École Nationale Supérieure des Beaux-Arts in Bourges in 2000, later receiving a postgraduate degree in New Media from the Ecole Supérieure des Beaux-Arts, Marseille.