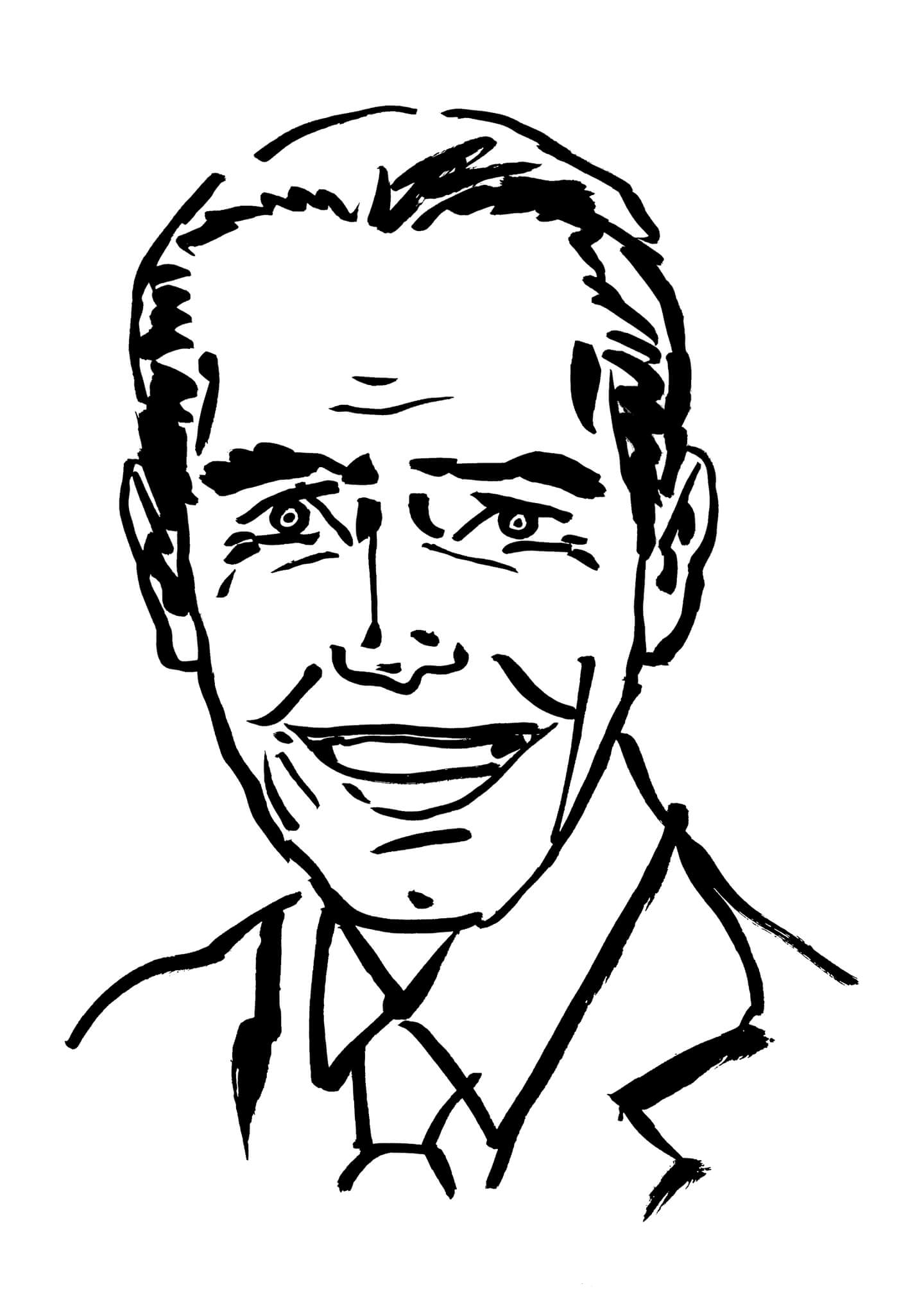 What you will see, gentlemen, is what has no precedent and will never be imitated. What you will see, they are wonders, impossibilities, miracles, finally! The details are indescribable. I will only say to you: enter, and you will not only be satisfied, but drunk with joy, transported with admiration, stunned.
—Jean-Eugène Robert-Houdin

The Bonimenteur, in order of appearance, is the second character encountered in Yasmine’s quest for the Heptahedron.

The Bonimenteur’s name comes from the French slang bonir (to tell stories in a nice way). Indeed, a boniment is a statement that is often exaggerated and sometimes misleading, which aims to please, convince, or seduce. Magician, politician, painter, salesman, designer, journalist, or simply neighbour; standing on a soapbox, the Bonimenteur speaks to our souls. A master of illusions, using any kind of language as a tool, he excels in making coherent worlds appear before our eyes. Conquering our neurons, he is capable, to our great satisfaction, of making us confuse a fingertip for the moon. Our communities are centred on fictions that help them to be better organised. If the boniment is a tool that allows fables to have the appearance of truth, then the Bonimenteur is the figure through which fiction becomes reality, enabling people to adhere to the common visions that bind us, forming communities, societies, civilisations, and humanity.

What we call “reality” is, in fact, the result of a collective gathering within our shared imaginations. Could we not say then that art, in its close relationship to the real, has a chimerical likeness to an illusion? And could we not say, therefore, that any work of art is, in fact, a work of boniment?

To bring the Bonimenteur’s character to life, and to shed light on this paradox, this exhibition calls on the works of Neue Gestaltung, GRAU, and Bernhard Martin.

Rendez-vous at Bergen Kunsthall, and to find out more about what goes on in the head of this character, read Side Magazine: The Bonimenteur.

The Bonimenteur
Celebration of Life by Hammal Family—Live Ululation Performance
This live performance is a part of the opening days of Bergen Assembly 2022—Yasmine and the Seven Faces of the Heptahedron. 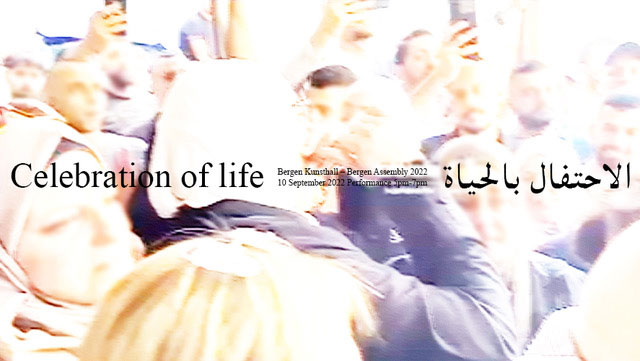 Presented inside the exhibition dedicated to the Bonimenteur, this live performance activates the work by artist duo GRAU called Bonfire.
Bonfire is at once sculpture and applied product design, and it asks us to consider the boundaries between art, technology, and anthropology, using light as a functional object with artistic purpose.
It offers a way to re-conceive the applied arts’ capability to stimulate the primal uses and the deeply engrained phenomenology of light: a universal medium that can illuminate our relationship with ourselves and spark deeper connections with others, as well as the world around us.

Visitors are encouraged to use Bonfire as a social gathering point and a place for contemplation.

Admission to the exhibition is free for the entire run-time of Bergen Assembly 2022.

The Bonimenteur
Exhibition Walk with Torleif and Daniela 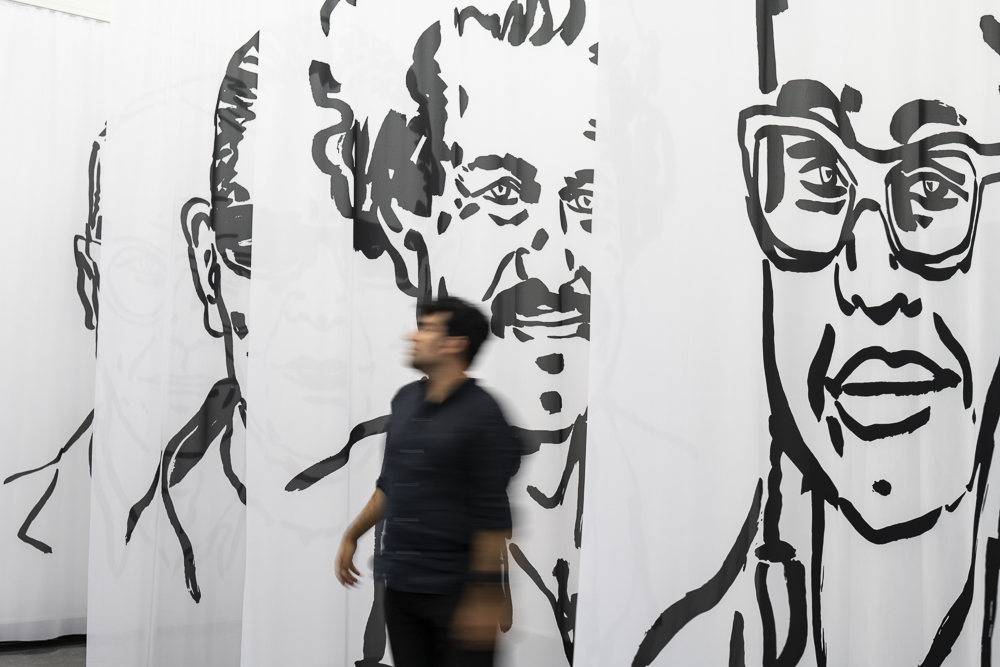 Join Bergen Assembly’s Mediation Producers Torleif Bay and Daniela Ramos Arias for a walk in the exhibition at Bergen Kunsthall, and a tour of Bernhard Martin, GRAU, Neue Gestaltung and the Curator’s Room. 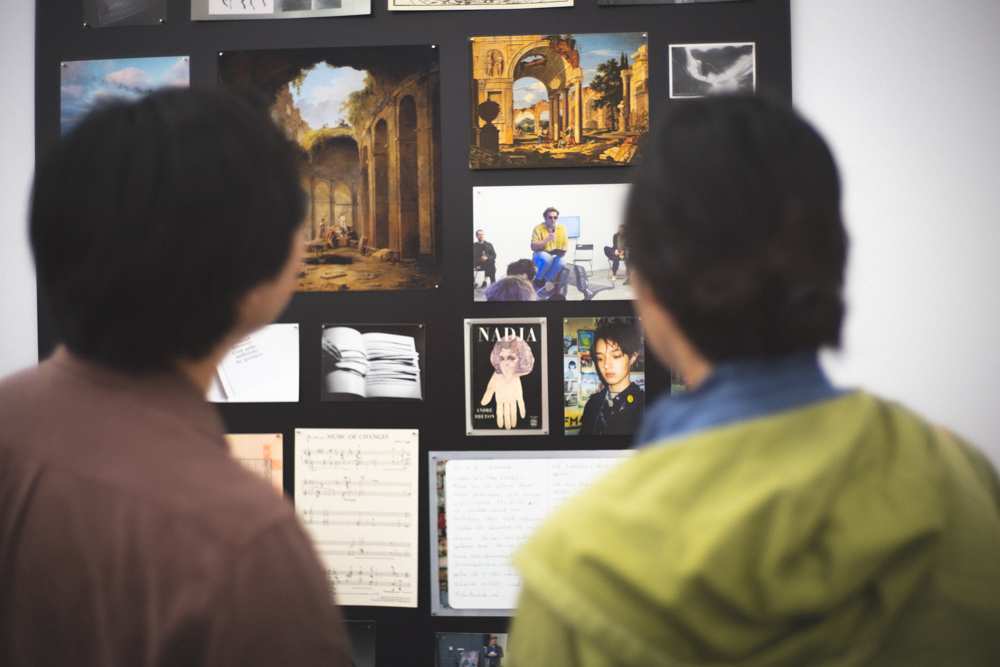 Join us in the Curator’s Room as we take time to read through the research and materials used by Yasmine d’O in the making of this year’s Bergen Assembly.

We also invite you for some light refreshments upstairs, where you can have a look in Side Magazine — Bergen Assembly’s own publications — in a relaxed atmosphere.

Feel free to come and go as you please.

The Bonimenteur
Tours and family workshop at Bergen Kunsthall 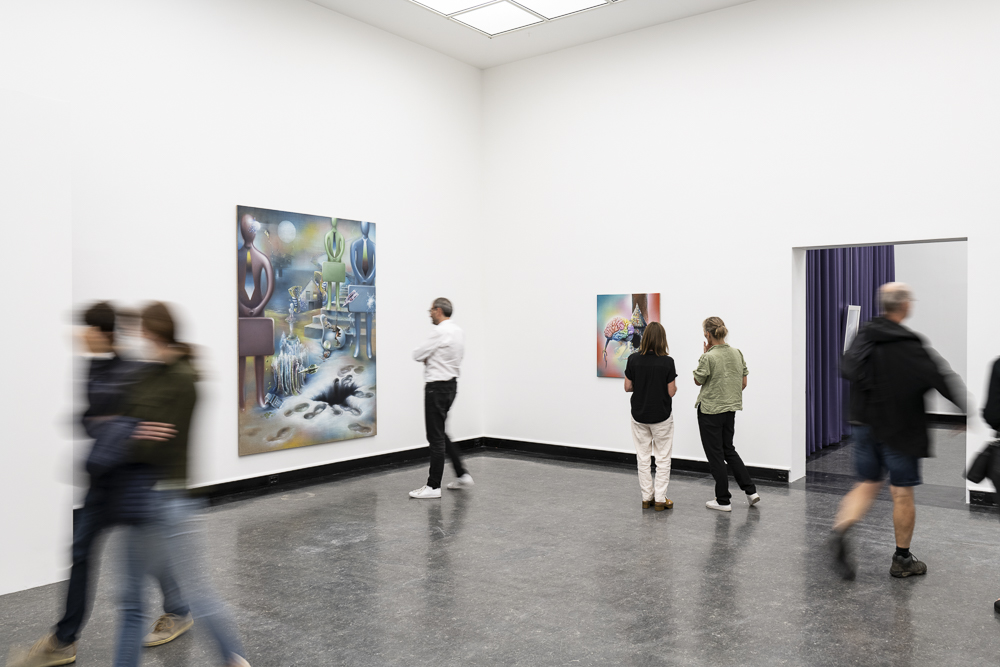 Every Sunday you can join Bergen Kunsthall staff for exhibition tours.
At 14:00 for the general tour, and 13:00 for their family tours with workshops. 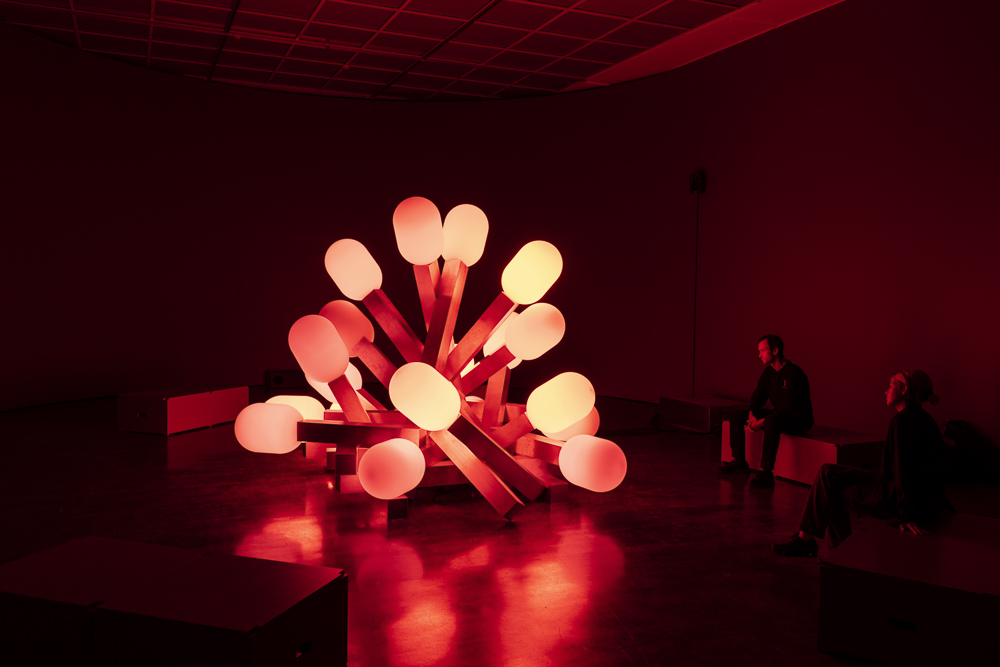 Through movement exercises devised by our guest Noam, we will activate the Bonfire installation created by the artist duo GRAU. Noam is a dancer in the National dance company Carte Blanche.

To sign up, send an email marked “Gathering Noam” with your name to formidling@bergenassembly.no

The Bonimenteur
Talk with Convener Saâdane Afif and Andrea Spreafico 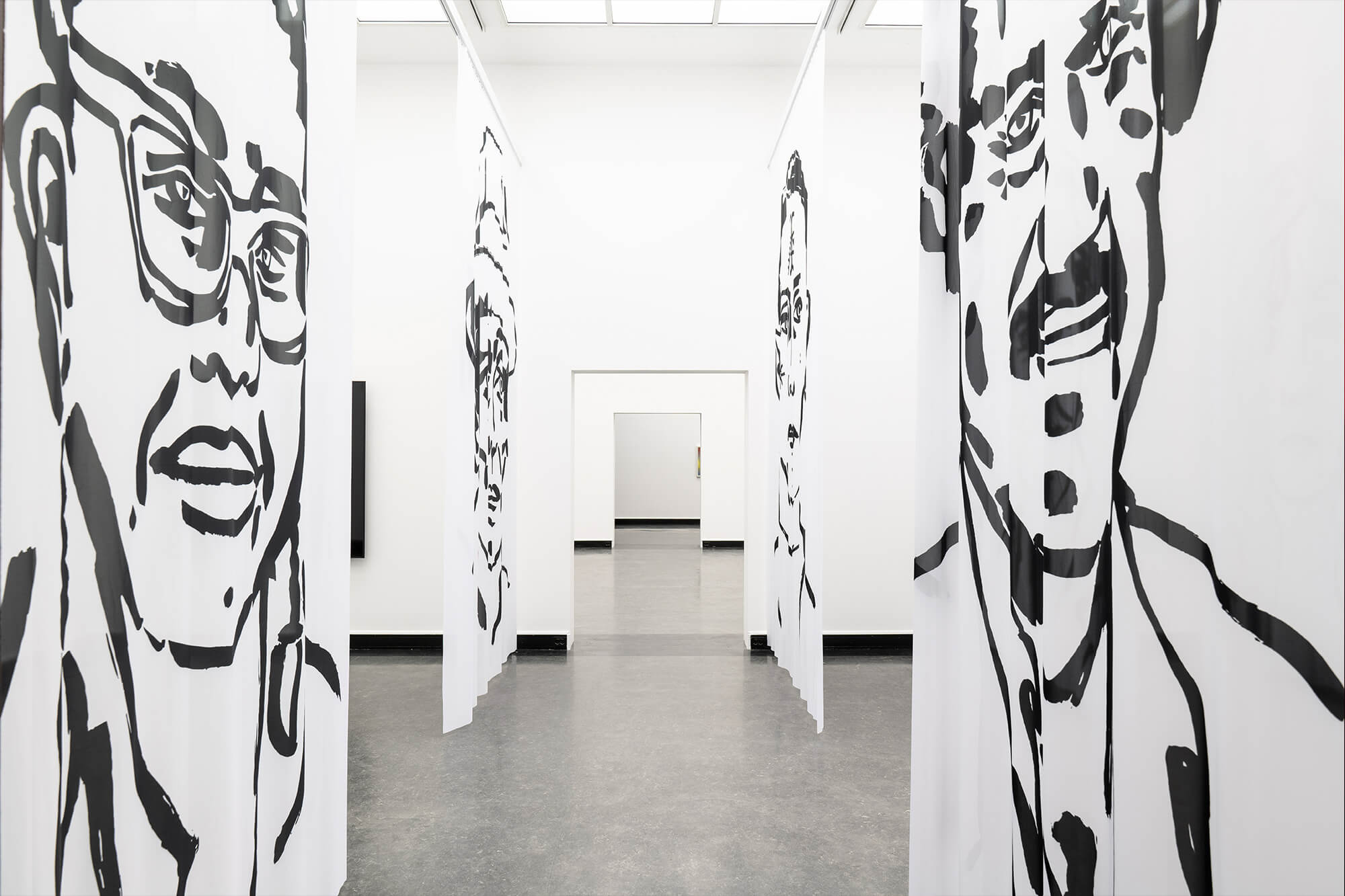 The convener behind this edition of Bergen Assembly, Saâdane Afif will be in conversation with Andrea Spreafico at Bergen Kunsthall, where the the character of the Bonimenteur is exhibited. Julie Lillelien Porter will moderate the talk.


Saâdane Afif was born in Vendôme in 1970, he lives and works. Defined as a chatty “post-conceptual” artist, the methods he employs are not categorized in any specific discipline. All his works are subject to a continuous process of alteration. He is the Convenor of the Bergen Assembly 2022.

His work was included in the Documenta 12, Kassel, Germany (2007) and in the 56th International Exhibition of the Venice Biennale, Italy, (2015).

The artist won several prices including the Prix Fondation Prince Pierre de Monaco (2006), the Prix Marcel Duchamp (2009), which led to an exhibition at the Centre Georges Pompidou, Paris, France (2010) and the Prix Meurice in 2015.