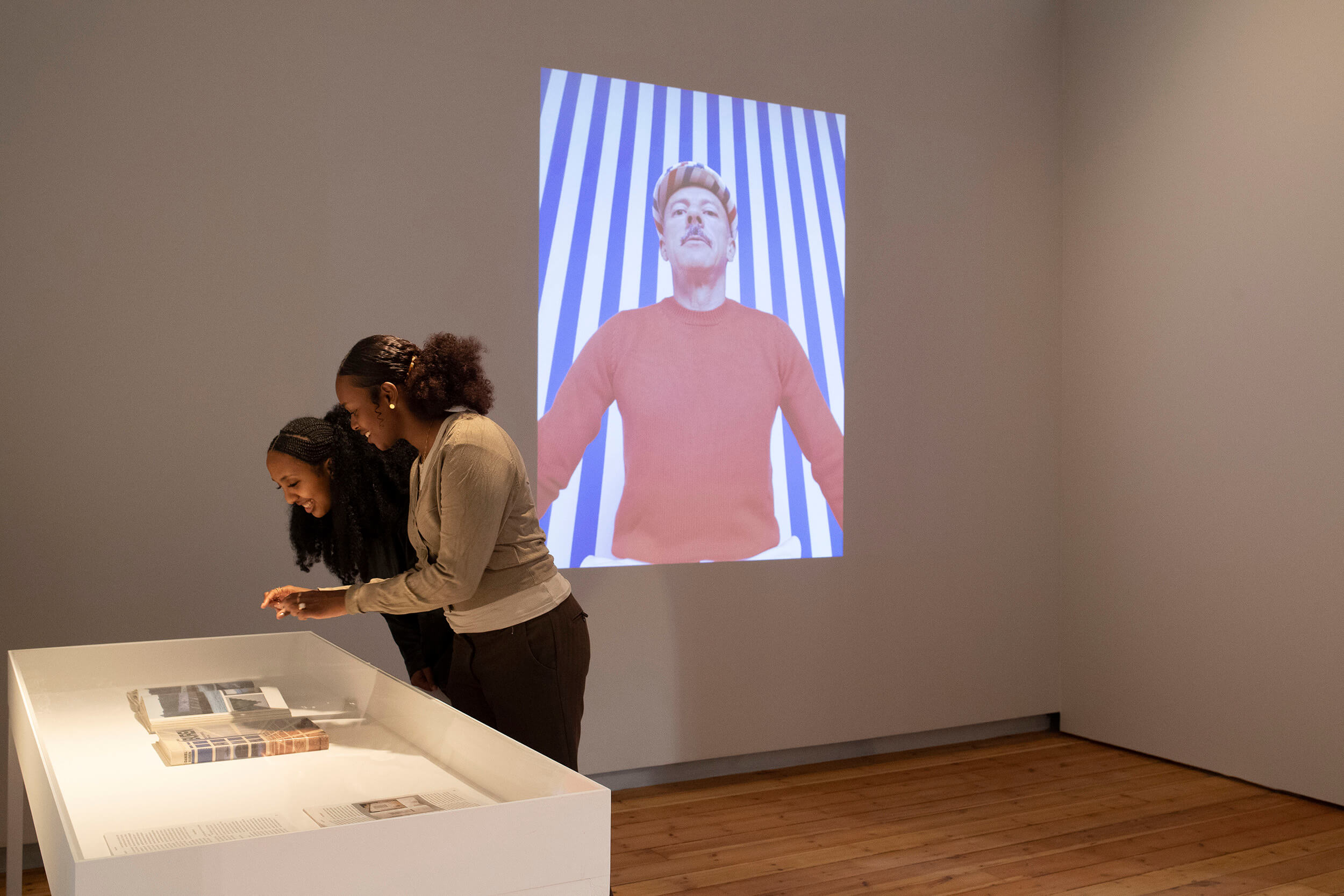 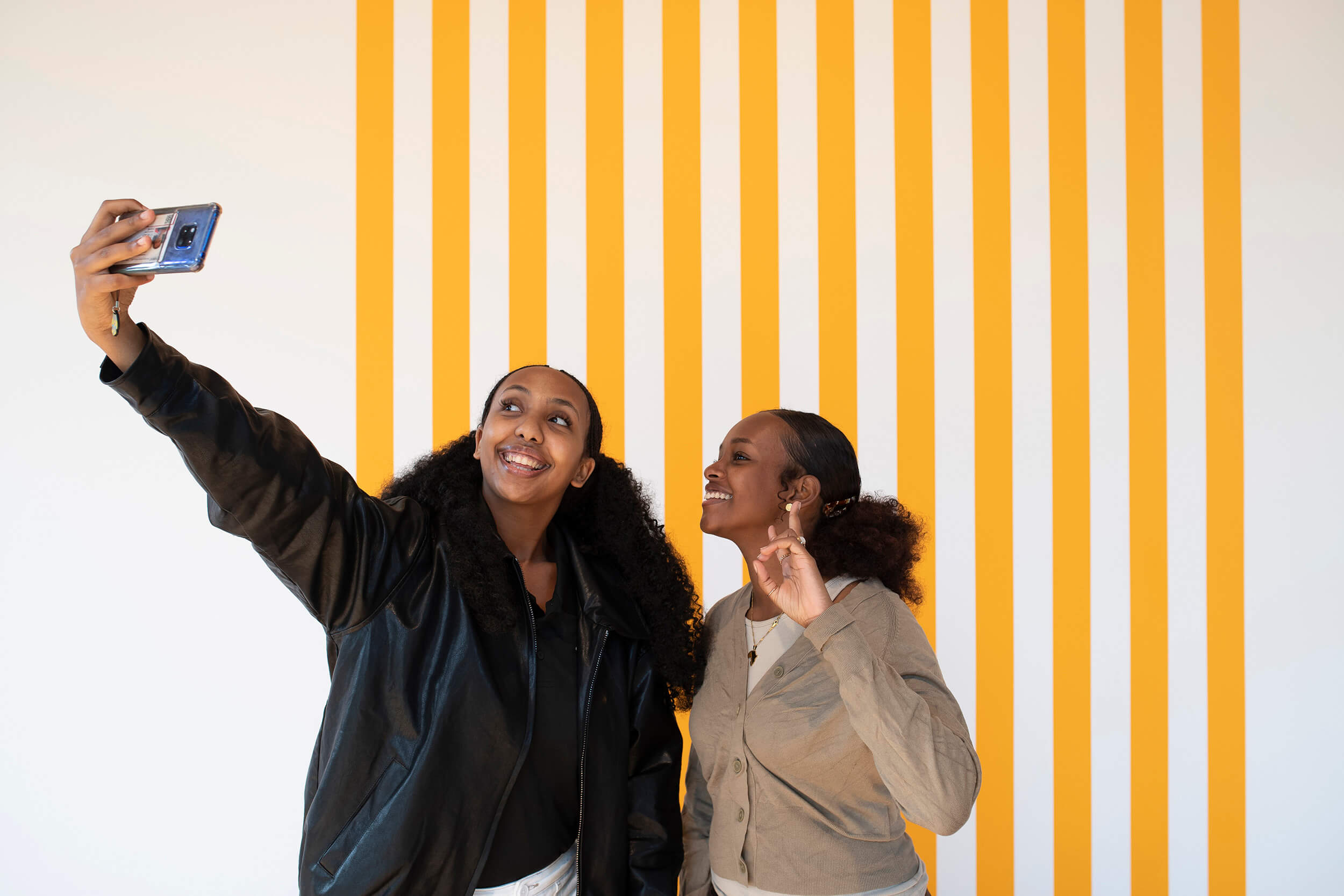 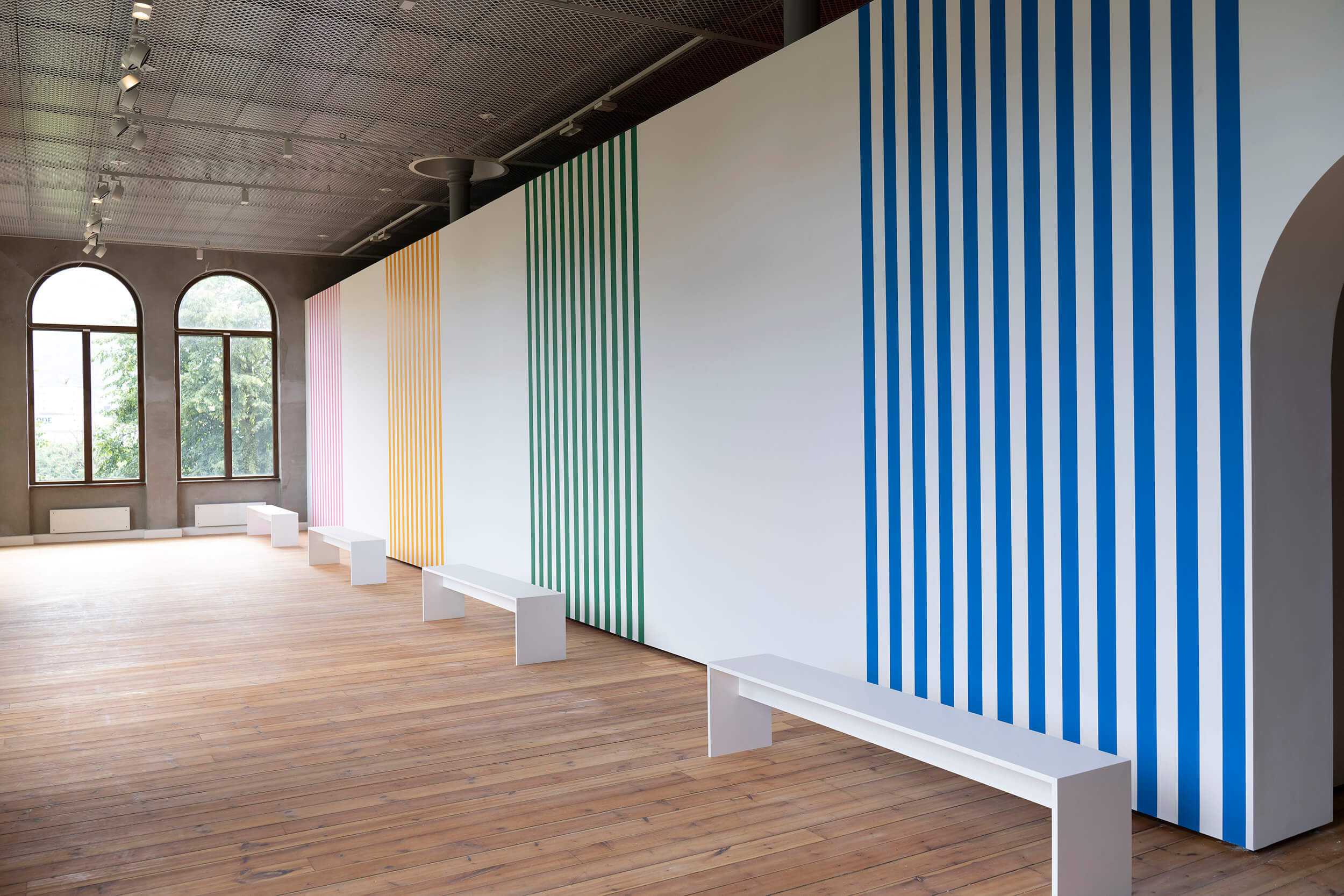 In the mid-1960s, Daniel Buren began painting on striped linen canvases, which he found at the Marché Saint Pierre in Paris. The vertical stripe motif, a regular pattern of alternating white-and-coloured stripes, each at 8.7 centimetres wide, soon broke free of the canvas and went onto spread through a wide variety of contexts.

A “visual tool,” as he would later call them, the stripes are both the sign and the material, which reveal, in one motion, the work and the specific sites in which they are methodically placed. In essence, Buren’s in situ work frees the viewer from the frame by allowing them to move through the work and the site that hosts it. It thus offers the conditions for a complex, open, fluid, and ultimately non-authoritative reading.

After completing a work, Buren photographs it, and together the images are called Photos-Souvenirs. The images are inevitably fragmented by how they are framed through the camera lens, which reintroduces an unknown and inaccessible “out-of-frame.” This is one of the many reasons why the Photos-Souvenirs cannot replace the visual and physical experience of the artwork itself. The Photos-Souvenirs are neither the work, nor its reproduction; they are simply memory devices: clues, traces, proof that helps us to recall that somewhere in the world a work exists—or has existed—in each given context. Buren wrote an introductory text for his book Photos-Souvenirs, published in 1988, in which he clearly elaborated on the ambivalence of the photographic image in general, and especially when used as art documentation. This reflection, which underlines how the image of an object can be confused with this object itself, is still relevant in a time when our phone and computer screens are the main interface for an overabundance of information about art—and often the point at which we first encounter an artwork.

In a long room of the Permanenten, five benches are arranged in front of five sequences of coloured vertical strips, placed at regular intervals along the wall. Within this arrangement, which is evocative of a series of photographic studios, the viewer is encouraged to capture their own Photos-Souvenirs and add them online to a slide show, which is screened in the adjacent room.

Conceived for Bergen Assembly at Permanenten, this work is titled Trahisons (Betrayals) and allows us, for the first time, to simultaneously experience the site-specific work and its Photos-Souvenirs. By enabling the viewer to present their own photographs—souvenirs of the way they looked at his work—Buren invites us to reflect, rather humorously, on the role of the countless images that surround us in our lives, and on their inevitable treacheries in being unable to render our embodied experiences.

Daniel Buren has produced some of the most recognisable public art projects, interventions, and critical texts of the past fifty years. Buren creates artworks that complicate the relationship between art and the structures that frame it, foregrounding how we look and perceive art.

In 1965, he began developing the concept of a “zero degree of painting.” He abandoned his studio in 1967 to work in situ. Buren uses 8.7 cm-wide vertical stripes, which alternate white with a colour, as a “visual tool” that lets him reveal the significant details of the site where he is working.
Buren treats his media as contingent, extending painting into architecture, while simultaneously offering a re-situation of the physical, theatrical and spatial potentiality of sculpture. Dissolving clear boundaries in this way, he uses, appropriates, and reveals space in its social and physical nature to connect art with life.

With a powerful range of aesthetic and conceptual effects, he has created works that sometimes create controversy because of their innovative approach, such as the hanging free-form canvas at the Solomon Guggenheim Museum, New York (1971), or the grid of striped black-and-white columns created for a public commission in the courtyard of the Palais-Royal in Paris (1986). Other works are very playful, such as Buren’s sails for children’s boats (1975/2022) and the flags at the Temple of Heaven in Beijing (2004).

Buren also plays with light, which is a very important element in his work—for example, at Monumenta 2012, designed for the Grand Palais in Paris. Buren was awarded the Golden Lion for best pavilion when representing France at the 42nd Venice Biennale in 1986, and in 2007, he received the Praemium Imperiale from the Emperor of Japan.